Guess Who? is a two-player guessing game created by Ora and Theo Coster, also known as Theora Design, first manufactured by Milton Bradley in 1979 in Great Britain. It was brought to the United States in 1982.

Each player starts the game with a board that includes cartoon images of 24 people and their first names. The game starts with each player selecting a card of their choice from a separate pile of cards containing the same 24 images. The object of the game is to be the first to determine which card one's opponent has selected. Players alternate asking various yes or no questions to eliminate candidates, such as "Does this person wear glasses?" Well-crafted questions allow players to eliminate one or more possible cards.

Because the questions in this are all binomial in nature, any tactics involve how one might split up the population of tiles. Most of the more obvious questions divide the population into groups of 5 and 19 (meaning that either 5 or 19 tiles are eliminated, depending on the opponent's choice). For example, there are 5 women and 19 men. There are 5 people with red hair and 19 without. There are 5 people wearing a red shirt and 19 without (depending on the edition of the game).

While it would be very effective to eliminate 19 choices, it is far more likely that if one begins with one of these questions, one will eliminate only 5. If the original tile is chosen completely at random, there would only be a 5/24 chance (about .21) that the tile is in that minority group. If one anticipates her opponent's first question, one can intentionally choose a tile that will not be in that minority group at all.

One approach to this game is to attempt to ask questions every turn that divide the population in half (or as close to half as possible). Assuming that such questions exist, one could narrow the population down from 24 to 12, 12 to 6, and then 6 to 3 in just three turns. Once there are only 3 possibilities remaining, any question will divide the remaining population into subgroups of 2 and 1, so at this point, it is best to begin guessing. If this can be done, one can guarantee finding the correct person in at most 6 turns (knowing the answer after 5 turns are complete).

One may have to consider less obvious questions in order to divide the population more evenly. One way to do this is to combine two characteristics into one question. For example, by asking "Is your person a man without facial hair?", because none of the women have facial hair, one is effectively grouping together all 5 women and all 8 men with facial hair into one group. With this question, one divides the group into 13 and 11.

Early versions included fewer women than men; the 1987 edition featured only 5 women compared to 19 men. In the mid-1990s, the faces were changed and made the sexes more even.

In the United States, advertisements for the board game often showed the characters on the cards coming to life, and making witty comments to each other. This caused later editions of such ads to carry the spoken disclaimer line "game cards do not actually talk."

The O.G.R.E.s have adopted a unique playstyle with the game. In lieu of the classic questions that eliminate prospective characters (such as are you wearing glasses, are you female, etc.), members stick to physiological questions. 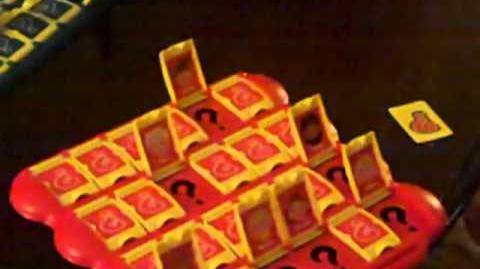 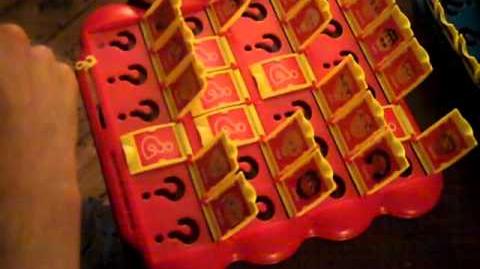 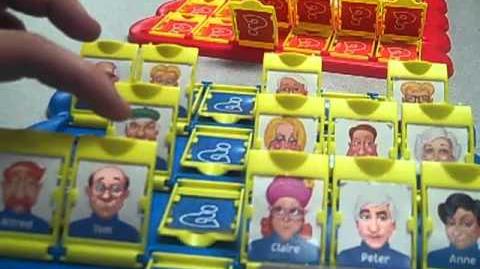