Edit
This is a featured article!

The Settlers of Catan is a multiplayer board game designed by Klaus Teuber. It was first published in 1995 in Germany by Franckh-Kosmos Verlag (Kosmos) under the name Die Siedler von Catan.

Settlers was one of the first German-style board games to achieve popularity outside Europe, and has been called the killer ape of the genre. Over 15 million games in the Catan series have been sold, and the game has been translated into thirty languages from the original German. The game has rapidly become popular in part because its mechanics are relatively simple, while its dynamics are quite complex. The game is well suited for family play, since no one gets eliminated, and players who are behind can strive towards goals that are within their reach.

The standard game and its many expansions are available from Mayfair Games in the United States and United Kingdom, from Capcom in Japan, Kosmos and 999 Games in much of Europe, Κάισσα in Greece (Οι άποικοι του Κατάν), Devir in Spain, Portugal and Latin America, and Strategy Games in Canada.

The players in the game represent settlers establishing colonies on the island of Catan. Players build settlements, cities, and roads to connect them as they settle the island. The game board representing the island is composed of hexagonal tiles (hexes) of different land types which are laid out randomly at the beginning of each game; new editions of the game also depict a fixed layout in their manual, which has been proved to be fairly even-handed by computer simulations, and recommend this to be used by beginners.

Players build by spending resources (brick, lumber, wool, grain, and ore), represented by resource cards; each land type, with the exception of the unproductive desert, produces a specific resource. On each player's turn, they roll the two six sided dice, determining which hexes produce resources. Any players with settlements or cities adjacent to hexes marked with the number rolled receive resource cards of the appropriate type. There is also a robber token on the board; if a player rolls 7, they move the robber to any hex, which will no longer produce resources until the robber is moved again; they also steal a resource card from another player.

Players are allowed to trade resource cards among each other if both parties to the trade agree on the terms; players may also trade off-island (in effect, with the non-player bank) at ratio of four of one resource for one of any other. By building settlements in certain spots on the edge of the board (ports), players may trade with the bank at three-to-one or two-to-one ratios.

Teuber's original design was for a large game of exploration and development in a new land. Between 1993 and 1995 Teuber and Kosmos refined and simplified the game into its current form. Unused mechanics from that design went on to be used in Teuber's following games, Entdecker and Löwenherz. The game's first expansion, Seafarers of Catan, adds the concept of exploration, and the combined game (sometimes known as "New Shores") is probably the closest game to Teuber's original intentions.

After releasing the card game, Teuber began to publish expansions for the base game. Eventually, just like the game has an expansion to add up to 6 players, each expansion was released again with a 5-6 player expansion pack. Currently, the expansions and their added gameplay elements are as follows:

The enduring popularity of The Settlers of Catan has led to the creation of a great many spinoff games and products, starting in 1996 with the The Settlers of Catan card game (later renamed to Catan Card Game), and including a novel, Die Siedler von Catan, by Rebecca Gablé, set on the island of Catan. Variants of the game have been made for travel editions, collector editions, and easier-to-set-up formats.

The Catan Historical Scenarios series (not to be confused with the Catan Histories series) was a series of otherwise independent board games that required parts from Settlers to play. As with Settlers itself, 5-6 player play in these scenarios required the use of the 5-6 player extensions.

A similar mechanic, Scenario packs for Settlers, have been released on special occasions. Each of these requires the base game, and possibly extensions and expansions, to play. 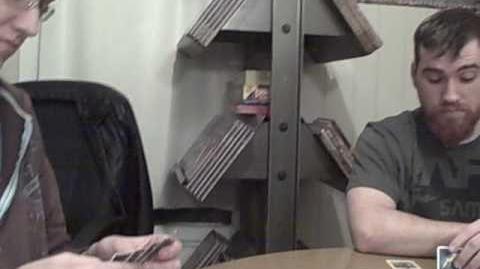