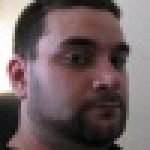 Though not a founding member of the MsKina's Tampa Bay D&D Gamers group, I was part of the later gaming group that started it all. Quickly becoming just 'one of the family', I found that the group was dynamic, creative and most importantly fun to be around. We not only play the games we love but also we gather socially for anything related to the, what I call it, g33k culture and friendship.

Though I adore the classic Pen & Paper gaming for the face time and social interactions, I am a long standing member of the online RPG community as well. Now I'm not talking about the fancy visual eye candy of games like W.o.W. or Rifts, but the old school telnet based gaming that is MUSH/MUX. I am a soft-coder and game designer. I have ran several games, including but not limited to, two Magical Girl anime themed games (Magical Destiny: The College Years 1 & 2), one World of Darkness game (Twilight Moons: Kindred, the Embraced), and one superhero themed game (X-Men: eXtreme, based in the Evolution Timeline). I have several startup games that just didn't get off the ground or were never actually finished due to lack of time/interest/desire/etc. As a result of this passion, I have developed my own RPG system that is still in the beta stages, but it has been dubbed R.A.S.S. (Roleplaying Action Storytelling System) and it was designed for the MUSH/MUX environment.

What I play in the group

Typically I play a squishy character or something that peaks my interest. I've played a Druid, Ranger, Evoker, Sorcerer, Wizard, Priest and Divine Agent. I am not really in the mindset to play the front line fighters, though thankfully my group has plenty who are, and I tend to have more intellectual or brutish versions of the squishies. My most common character names are Rowan Sunstrider and Syadena both of whom have found quite a few iterations through the years.

I'm current serving the term of a Chapter Coordinator Assistant for the Chapter. I also tend to assist Brenda and Jeff with any other issues that they might need some additional hands on.

If you need to get a hold of me here are a few ways to do it:

Retrieved from "https://ogres.fandom.com/wiki/User:G33kcub?oldid=13201"
Community content is available under CC-BY-SA unless otherwise noted.