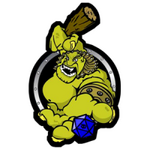 Hi Hooper. I just uploaded a new version of Slider3.jpg using the new map you linked to. Let me know if there's anything else I can do. Cheers. JoePlay

Ah, no problem. I was just browsing so I added it in. I would of added more but I hate this new editor change wikia has done. Luckily, after many false-starts, we may actually have the real site ready for beta. (don't worry, we'll still be using this wikia extensively, it just won't be the main landing page, and they'll be some much more intuitive joining pages. Alot is copied from sfi.org)   Hooper   talk    contribs    email   15:37, September 8, 2011 (UTC)

Hello, my name is Shawn Stern and I've been researching O.G.R.E.s. I've followed the steps found on OgreLair.org and discussed this with my gaming group, and we're interested in forming the Graveyard of the Pacific O.G.R.E.s  based out of Ilwaco, WA. I would be our Chapter Coordinator and Grant Leham would be our Senior Game Master. I can be reached at stern@willapabay.org.205.134.201.140 04:51, August 23, 2015 (UTC)

Retrieved from "https://ogres.fandom.com/wiki/User_talk:HooperBandP?oldid=14400"
Community content is available under CC-BY-SA unless otherwise noted.