West Canaan Wizards (aka WCW) is a homebrew Role-playing Game in development by members of the Organization of Gamers & Roleplaying Enthusiasts . Players take the role of adolescent magicians entering into the West Canaan Wizarding School in the small city of West Canaan, Texas.

Unlike other magical settings, each character may have a different device for amplifying their spells. What have been made popular in other settings like Wands, Rods, and Staffs may be used, though the character can literally choose anything that they can carry or keep near them. This device is known as a W.O.O.D.I., which stands for Wand or other Dweomer Implement. The student must spend a few hours with a device in order to personalize it as their own Woodi, and can change at any time (though changing to a new Woodi requires re-personalizing time). A woodi may only be destroyed by magic, and a former woodi will leave a trace of it's former ownership that other Wizards may be able to identify.

Founded in 1839 in the then-republic of Texas out of the Waverly Manor, the West Canaan Wizarding School is a six year educational institution dedicated to the teaching of magic to arcane gifted youth between the ages of 12 and 18. Upon admission, students are placed into one of the five student teams, which will become their dorm and coed friends. These five teams are the Armadillos, Chupacabras, Coyotes, Longhorns, and Rattlesnakes. The team with the highest average grade-point-average and best sports accomplishments in a year wins the highly sought-after annual Team Cup.

The school appears to the non-gifted public as an abandoned train station.

Courses include subjects such as the history of magic, shifting, brewing, home & garden, PE/Health, countering, charms, and learning the myriad forms of magical transportation. Older students may elect to study non-required courses that interest them, such as astronomy, divination, biology, algebra, and social studies.

Students often partake in the extracurriculars available at WCW by joining an assortment of teams. School sports include classic american football, basketball, and baseball teams with the addition of the magical Duel Squad and Nastick racing team. Non-sports-minded youth can join the Band, Cheerleading Squad, or the West Canaan Ogres role-playing club.

The school is located within the sprawling Waverly Manor which sits on top of it's namesake hill on the outskirts of West Canaan. The grounds include the Darkwood Forest on the shores of Darkwood Lake, the couples-beloved Senior Point, numerous atheletic fields and stadiums for the various school teams and the Nastick track.

The wizardry school located in West Canaan is not the only school of its' kind in existence, as it supports and represents only the mid-southern region of the United States. Some of these other schools include the Frontier Wizarding School of Oregon, the Sand Valley academy in the Nevada desert, the Roanoke School of Magic on the east coast, and other American schools as well as many more throughout the world. Most students will rarely interact with these other schools except in sporting events.

West Canaan is located in the northern portion of Texas, though not quite in the panhandle. It is about halfway between Paducah and Guthrie just south of the county line, with most of the city residing in King County, Texas (though the school is actually in Cottle County. The town has a moderate population of 38,000 and is the center of the West Canaan Micropolitian region which receives about 100,000 to 125,000 individuals counting daytime work commuters from smaller towns in the region.

The Village Park district is the district closest to the outskirts where the school resides, and houses the hidden magical district that students and staff attend for supplys and weekend social events. The town is unaware of the school's presence as most are not "magically awakened or aware" - an affliction which the students deem as "Techies" due to their reliance on technology in place of magic.

West Canaan Wizards utilizes a slightly altered version of QAGS Second Edition that incorporates the use of magic and the setting itself.

Below are some of the standard study fields and examples of magical things that followers of the field may be capable of (depending on their skill and roll). 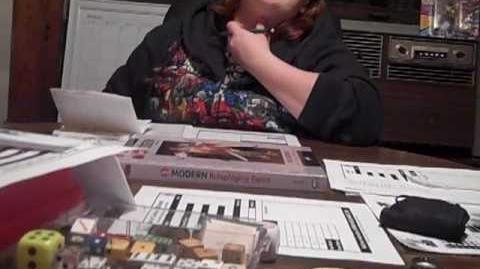